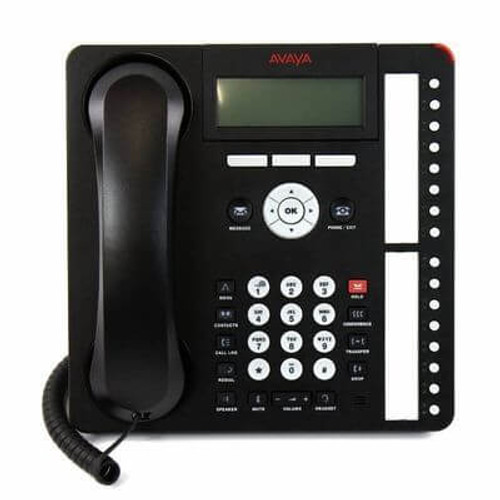 The Avaya 1616-I (Refurb) is a cost effective IP telephone. At an attractive price point; it provides the customer with basic communications needed. The Avaya 1616-I is for users who answer incoming calls, monitor several line appearances, transfer customers to different departments or extensions throughout a typical day. The Avaya 1616-I features an one touch line/feature/speed-dial buttons without the need to scroll on-screen lists. The Avaya 1616-I is also expandable with a BM32 to add 32 additional buttons.