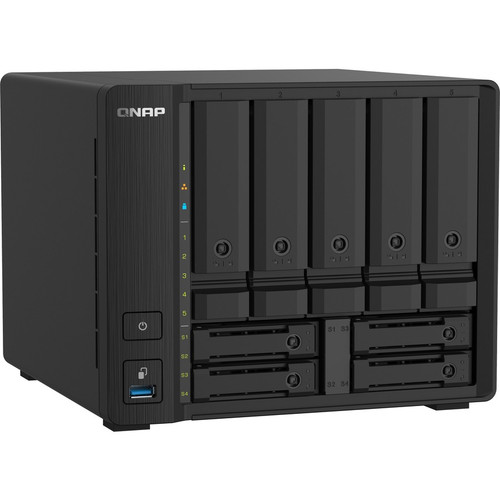 Snapshots fully record the NAS system state and metadata and can be used to quickly restore files to previously-recorded states if they are accidentally deleted/modified or if the system is compromised by ransomware. QNAP snapshots are block-based and only record modified data. Not only does this save storage space, but also reduces the time required to back up and restore data. The TS-932PX supports up to 256 snapshots per NAS and up to 64 snapshots per volume or LUN.

The TS-932PX supports common file sharing protocols (including SMB/CIFS, AFP and NFS) for Windows®, Mac®, and Linux®/UNIX® devices. Coupled with Qsync (a utility that transforms a QNAP NAS into a secure, high-capacity data center for file synchronization) any file uploaded to the TS-932PX becomes available for all linked devices (such as computers, laptops, and mobile devices). Hybrid Backup Sync helps you easily backup or synchronize data on the TS-932PX to another QNAP NAS, remote server, or cloud storage (including Microsoft One Drive®, Google Drive™, and Dropbox®) for disaster recovery.